Meaning of the Om symbol

Hindus believe that as creation began, the divine, all-encompassing consciousness took the form of the first and original vibration manifesting as sound “OM”. Hindus believe the mantra “OM” is the name of God, the vibration of the Supreme. It is sometimes chanted as three sounds, a-u-m, symbolic of the three major Hindu deities: Bhrahma Shakti (creation), Vishnu Shakti (preservation) and Shiva Shakti (liberation, and/or destruction).

Om reminds us that we have the ability to move past our physical and mental states of consciousness and connect with the divine – both in ourselves and others. It has been said that Om is the sound of the universe. In its essence, Om represents the sound of divinity in all things in the past, present and future.

Based on 1 review Write a review

Be the first to write a review
Hmm...you don't seem to have purchased this product yet to be able to leave a review.
You have already reviewed this product. If you would like to edit your existing review then please contact us directly.
Something went wrong! Please try again!
Load more 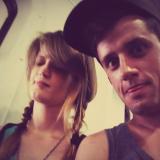 Sasha G. - Verified Buyer 2 years ago
Q: Do you have any gold pendants?
S Soul Sparks 2 years ago
A: Sorry no
Answer
Store Response